In ancient times, the “VEXILLUM” was the battleflag for battalions.  It was one of the signals of the battlefield and a sign under which each one was gathering to fight.

It stands for the honor, the belief and the heritage of whom brings it.

With this idea in mind, Michele Gasparri created the band VEXILLUM (called at that time Shadow Vexillum) in 2004 in Pisa. As a represantation of his own passion and love for the celtic, northern and folk worlds, the scottish kilt became the uniform of the band, worn as a clan or a family would.

In the first years of the band life, there have been two DEMOs:

In the following years  Francesco Saverio Ferraro takes the baton as new Bass Guitar and the band moves towards the recording of their first full-lenght “The Wandering Notes” (2011), published under the Italian label MY GRAVEYARD PRODUCTIONS. The album shows guests as Alex Lucatti (Vision Divine, Deathless Legacy) at the keyboards and Fabio Lione  (TL Rhapsody, Angra, Eternal Idol) on the track “The Traveller”.

Thanks to this, the Vexillum earn their place onto “The European Frozen Tour of Angels” (2011) as opening act for Rhapsody of Fire and Visions of Atlantis, conquering the european stages and gaining the approval both from critics and the crowds.

After the tour, Efisio Pregio takes his place behind the drums. The new line up brings immediately to a new album, “The Bivouac”, (2012) published by the German label Limb Music, and to a following touring season with Luca Turilli’s Rhapsody, Orden Ogan and Freedom Call for the years 2012 and 2013.

With no time to lose, the band starts to work on the following creation, the metal opera “UNUM” (2015) published under Limb Music.

UNUM is a concept album, a new path and a challenge for the band. It is a story that grows from song to song, where Dario, as the main character, is on a journey where he met and interact with the other characters,  played by the guest singers Hansi Kursch (Blind Guardian) as “The Sentenced”, Chris Bay (Freedom Call) as  “The Jester “, Maxi Nil (Jaded Star, ex Visions of Atlantis) came back as “Lady Thief”, after being the voice of the Lady Flame in” The Oak and Lady Flame ” on The Bivouac’s track, and Mark Boals (Malmsteen, Iron Mask, Ring of Fire, Dokken, Labyrinth) as  ” The Hermit”.

During the recording, and from that moment on, Francesco Caprina joins sides with Michele at the Guitars. The promotions of UNUM brings Vexillum on tour with Eluveitie, Skalmold and Freedom Call and get them to share stages with DGM, Sound Storm, Iron Savior, Finterforst and many mores on different italian and European Festivals.

With a solid line up and a new impact of sound and image, the Vexillum are proud to bring out on 2021 the new album “WHEN THE GOOD MEN GO TO WAR” published by Scarlet Records and anticipated by the Visual Video Clip of the single “When a Good Man goes to War”. 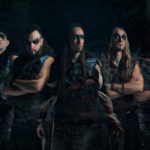 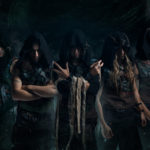