Sun Of The Suns is a scary, groovy relentless machine that will smash and crush any resistance, applying for the long-awaited role of real innovators of the extreme metal scene. The founding members of such an exciting new band could boast a considerable background and a certain reputation in the underground scene, having released several records and performed tons of live-shows all over Europe. What led them to launch this project is the will to push the boundaries of extreme music and the need to convert all their influences and experiences into a sound that lies outside the standards of a specific genre. Sun of the Suns’ identity is suggested by their moniker itself: a cosmic order vitally inked to a fundamental polestar that is “innovation” – and every element of the band’s sound revolves around it and is destined to evolve continuously. 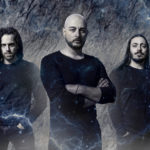