Almah led by former Angra’s singer Edu Falaschi since the very beginning has been in the focus of metalheads’ attention worldwide as one of the most significant representatives of Brazilian rock/metal stage. Since founding in 2006 the band already released three full-length albums and now is ready to present its brand new studio work entitled ‘Unfold’.
Established while Edu fronted Brazilian melodic metal legend Angra, Almah started its history not just as a side project but, yes, as a full-powered band with studio and live activities and its proper face. With quite direct but more diverse stuff Almah is finding its way to the hearts of metal fans of various styles and genres. Nowadays Almah delivers a truly outstanding mixture of traditional power melodic metal with thrash, prog, death, alternative and even gothic metal elements.
Besides Edu Falaschi, Almah sound is being created by Berklee-graduated guitar wizard Marcelo Barbosa, powerhouse drummer Marcelo Moreira, guitar virtuoso Gustavo di Pádua and young bass monster Raphael Dafras.
Almah name was the idea of Edu Falaschi while trying to find more ways to express his composer, arranger and singer skills limited by Angra’s style frames at that time: “I was searching for a name – easy name to remember and to pronounce in all languages and I find out that Almah with «h» in Hebrew means virginity and purity. At the same time, many religious people say that in the bible it means the opposite, like malice and perversion. And I wanted to talk about human feelings – and human feelings can be good and bad! Also, Almah is “soul” in Spanish and Portuguese, in Greek it means a step forward”…
The first self-titled Almah album was released in 2007 worldwide. Besides singing Edu Falaschi also produced the record, composed all the songs and wrote all the lyrics. The album was recorded in Finland, USA and Brazil with Emppu Vuorinen (guitars – Nightwish), Lauri Porra (bass – Stratovarius) and Casey Grillo (drums – Kamelot). It got excellent reviews in many important rock magazines and websites worldwide.
Inspired by the success, Edu Falaschi recorded the next album ‘Fragile Equality’ in Brazil with Brazilian musicians. It saw the light of day in October 2008 and became one of the best selling metal albums of the year in musician’s home country and got many highest-rate reviews in international media. ‘Fragile Equality’ was followed by a massive Brazilian tour that finished in June 2010 including performances at Piaui Pop (Teresina/PI) and Porão Do Rock festivals.
At the beginning of 2011 Almah musicians started to compose songs for the third CD ‘Motion’ that became a real surprise for the fans presenting much heavier dark and thrashy material without any concept line. The album was released in October 2011. The most significant show of Motion tour was played at Porão Do Rock Festival 2012 (Brasília/DF) where Almah shared the main stage with such global stars as Trivium, Muse, Suicidal Tendencies etc.
In May 2012, after 10 years of brilliant collaboration with four albums released, several worldwide tours played and international awards gained Edu Falaschi decided to part ways with Angra to concentrate on his own ‘child’ Almah. Having made several line-up changes, at the beginning of 2013 the band started composing. ‘Unfold’ was recorded in São Paulo, Brazil in July-August 2013 and was produced by Edu Falaschi with the band. The material was mixed and mastered by Damien Rainaud at Darth Mader Music in Los Angeles, California. The main part of the material was created by Edu but each band member contributed to the basic parts, arrangements and songwriting.
Edu Falaschi: “This album is one of the most tuneful that I’ve ever done because it’s full of melodies, every song is permeated with feelings and each listener can catch it. I’ve had an opportunity to work in peace and to fully express my feelings, to challenge my variability as a singer and composer and to develop new techniques without loosing my essence. ‘Unfold’ is a strong and heavy CD but it’s much more positive and melodic than ‘Motion’. This one is hopeful and very emotional. It’s another step forward in Almah’s history!”
‘Unfold’ is a concept album dedicated to such actions and qualities as overcoming, firmness, persistence and capability to transform bad things into something good. The idea expressed by such symbol as the Lotus flower refers to Oriental philosophy. It’s usually born in a swampy river but able to break through dark and dirty surface, to grow up beautiful and full of life and get to fresh air and sunlight.
Musically ‘Unfold’ presents variety of songs and arrangements: from beautiful ballads to true power metal killers or alternative/thrash/power songs, with surprising passages between genres, speed, heaviness and vocal techniques over the whole album. Traditional solid Almah sound with fast and virtuoso guitar solos, powerful drums, heavy riffs and groovy bass is decorated by rich and airy arrangements, piano’s bases. Edu Falaschi’s voice is diverse as never before: his famous clear voice in high and middle ranges contrasts with screams, drives and lower distorted parts creating special atmosphere of this dramatic concept story.
On September 19, 2013 Almah performed at the world famous Rock In Rio Festival, one of the most important musical events of the year. In November 2013 the band also did a European co-headlining tour with Secret Sphere (Italy).
During its career Almah filmed various video clips such as “Beyond Tomorrow” (2008), “Trace Of Trait”, “Late Night in ’85″ (both 2011), “Days Of The New” (2011), “Living And Drifting” and When And Why (both 2013). The clips were broadcast via important TV channels in Brazil, Europe and Japan such as Rede TV, MTV, iMusic and now available on the official Youtube channel. 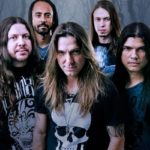 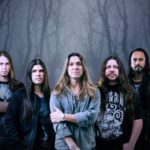 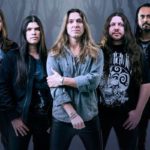 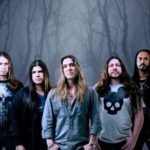 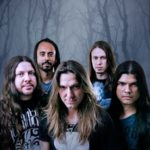