Formed in 2009 in Northern Italy, Anewrage cranks out an original mix of alternative metal, rock, post-grunge and incendiary live sets! So far they have shared the stage with international acts such as Gamma Ray, Freak Kitchen, UFO, Dreamshade and Destrage among others.
The band is also known for a very original visual approach, which allowed them to be awarded among the finalists at the SXSW Design Award in Austin (Texas), with heavy hittres such as Pacific Rim, The Lego Movie, The Last of Us and other great projects.
The band’s debut album ANR was produced by Matteo Magni (Rhyme, Audrey, Mellowtoy), at Magnitude studios and features the single ‘Ape’s Legacy’, whose video has been in heavy rotation on Rock TV (Italy) and A One (Ukraine).
Anewrage are going to release their new album ‘Life-Related Symptoms’ on April 7th, 2017. The album has been described as their most diverse effort to date, complex, emotional and dark, with some of the best songs ever written by the band. Production duties have once again been handled by Matteo Magni. 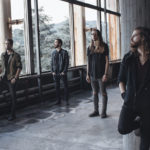 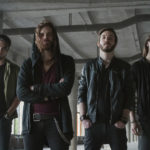 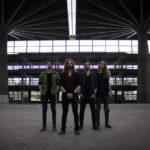 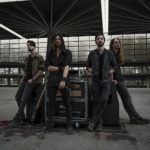