Be The Wolf is a modern Hard Rock band formed in 2011, with three active albums released under Scarlet Records and licensed in Japan by Marquee Inc. / Avalon. Three years after the latest ‘Empress’ the band returns with the fourth album which, starting from the title, marks a sort of return to the past for them: ‘Torino’. The trio retraces their entire experience in an album that encompasses the pop frenzy of the debut album, the torrid blues of the enigmatic ‘Rouge’ and the hard rock attitude of the third album, offering their best release ever.

Be The Wolf’s singer, guitarist and songwriter Federico Mondelli, the band’s sole composer (also responsible for the whole graphic work) is also the mastermind of the Power Metal band Frozen Crown. The lineup is completed by Marco Verdone (bass) and Paul Canetti (drums). 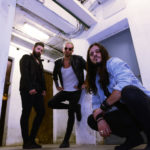 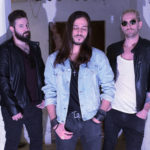 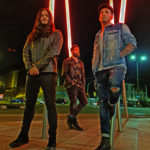