Heavy/Power Metal band Cryonic Temple was founded in 1996 in Dalarna, Sweden. Together with Orphan Gypsy and Sabaton they are considered the originators of the new Power Metal wave in the early 2000s. Through the years they performed at festivals suchs as Sweden Rock Festival, HeadBangers Open Air, Sabaton Open Air, Peace And Love, Gothenburg Metal Festival, Motala Metal Festival, 2000 Decibel and many more. Cryonic Temple have also opened for Uriah Heep, Saxon, Tad Morose, Civil War, Lion’s Share and Paul Di’Anno. After 9 years of silence the band is finally going to release their 5th album on Scarlet Records. ‘Into The Glorious Battle’ is Cryonic Temple’s first concept- album, an exciting story taking place in the future, made of the most dynamic songs the band have ever composed, still deeply rooted in the Power Metal genre but also open to new influences and sounds, including mind-blowing ballads. With this album Cryonic Temple find themselves at the top of their game. 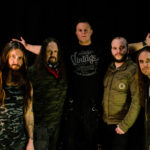 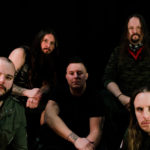 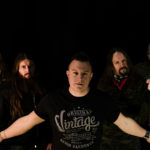