‘Claiming Supremacy’ is the new album for Game Over, following the widely successful ‘Crimes Against Reality’ and the ‘Blessed Are The Heretics’ EP, which confirmed the band as one of the most promising metal acts in Europe and among the NWOTM best. Inspired by the classic Bay Area thrash metal scene of the Eighties, Game Over mix those influences with modern sounds and a very distinctive personality. ‘Claiming Supremacy’ is the perfect combination of the band’s furious riffing, Hardcore attitude and Classic Metal influences, with very obscure lyrics and, of course, those anthemic choruses that fans recognize as a band trademark. Overall the album is heavier, faster and ruthless than ever. Lyrics vary from B-movie scenarios to social-political themes, science fiction, mythology and history. The album has been mixed and mastered by Joel Grind (Toxic Holocaust). Cover artwork was handled by acclaimed artist Mario E. Lopez (Evil Invaders, Impalers, Hyades). 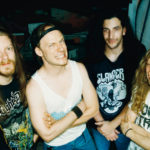 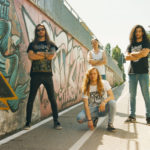 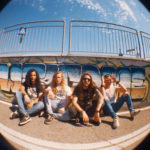