The Danish Dukes of thrash- and death metal are back with the Italian metal label Scarlet Records.

To honour the band´s sights on old-school values and the roots that got them started 18 years ago and to also close the circle of a successful and productive business relationship, HateSphere and Scarlet Records decided to join forces together again for the band´s 10th full-length studio album.

Formed in Aarhus, Denmark by guitarist Peter “Pepe” Hansen in 2000, HateSphere is one of a handful of bands reigniting the flame of ’80s speed metal by way of the so-called Scandinavian neo-thrash movement (spearheaded by the likes of Arch Enemy and The Haunted). The band quickly overpowered the Danish metal scene, while concurrently setting an immeasurable new standard for thrash metal domestically and abroad. HateSphere’s first three albums, all of them under the leadership of the Italian metal label Scarlet Records upgraded the band’s status from local sensation to Europe’s hottest up and coming thrash quintet.

Having released six more highly praised sophomore albums via SPV Records, Napalm Records and Massacre Records in the following years and having been able to support those musical jewelries by numerous successful tours throughout Europe, Japan, China and the U.S., plus having gathered a number of musical nominations, HateSphere undeniably did manage to make a stand for themselves within the international metal scene.

Even though the band has been undergoing several changes within their line-up over the years, it never stopped them – but quite the contrary motivated them even more to progress both musically and personally. Not surprisingly this constant and hard work is what encouraged pioneer bands like et altera Hypocrisy, Crowbar, Soilwork, Chimaira, The Black Dahlia Murder and Gojira to decide to hit the roads with HateSphere and bring their energetic live performances to those stage we all love together.

Hatesphere are currently in the process of recording their new album at Antfarm studios under the direction of long-time team member Tue Madsen and we most certainly can embrass ourselves for yet another glorious head-banging experience from those Danish Dukes of thrash metal. Because this is what HateSphere stand for – hand-made, old-school, real, in-your-face metal that will for sure make your head bang until the neck snaps! 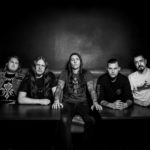 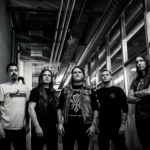 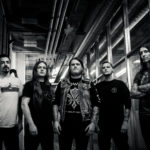 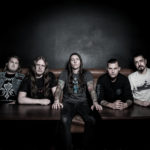 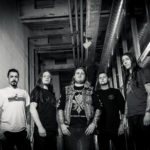