Mellowtoy have signed a deal with Scarlet Records for the release of their fourth album ‘Lies’. Produced by Marco Coti Zelati (Lacuna Coil), Mixed by Kyle Hoffman (P.O.D, Lacuna Coil, Bush, Zebrahead) and mastered by legendary Howie Weinberg (Nirvana, Metallica, Pantera, Deftones, Limp Bizkit) the band has worked with some of the industry’s leading names to get the most powerful musical statement they could think of and shake off the rock/metal scene with their unique wave of sound, sharpened through the years and after having toured several times within their native Italy and throughout Europe with renowned international acts like Papa Roach, Disturbed, Stone Sour, Ill Nino, Alter Bridge, HIM and Fear Factory among others. Special guests appearances include Cristian Machado of Ill Nino (on the song ‘Chain Reaction’) and Paolo Colavolpe of Destrage (on the song ‘Bright New World’). ‘Lies’ will be available starting from January 20th, 2015. 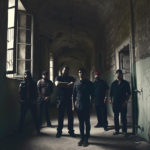 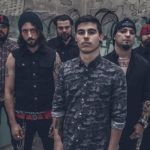 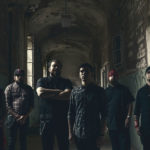