Their most recent album is dated 2013, yet Odd Dimension left a permanent mark on the international progressive metal scene. The band’s creative approach rejects any application to ideological or metaphysical implications, relying both music and attitude on a continuous process of collective confrontation, pluralistic vision and individual improvement. A disposition close to reach its peak in the new opus ‘The Blue Dawn’ that marks a turning point in Odd Dimension’s sound language. Their attitude is now more mature and expressive than ever, courtesy of the valuable contribution of the new members and the featuring of many relevant international guests; even on a conceptual level, the Italian band went through a remarkable evolution, from the early philosophical-humanistic topics to a more practical and concrete orientation, which conceives music as a cure for their fears and a catalyst of desires. Heart and brain, passion and rationality… progressive and metal! 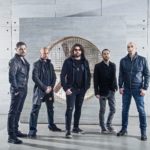 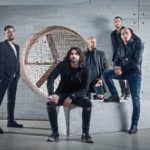