Formed in 1997 in the North of Italy, Secret Sphere is one of Europe’s leading power metal bands.
Their first album, ‘Mistress Of The Shadowlight’, was released in 1999 on Elevate Records and quickly put the band under the spotlight, with surprisingly good reviews coming from almost every specialized media. Secret Sphere’s music is a concentration of pure energy and strong emotions, with a lyrical approach that emphasizes the values of life. And that’s been the case throughout their entire career.
The good success of ‘Mistress Of The Shadowlight’ led to a very special band’s appearance in the ‘Keepers Of Jericho’ compilation, the first official Helloween tribute album.
2001 saw Secret Sphere releasing ‘A Time Nevercome’, which was the natural musical evolution of the first, instinctive effort, an album that gained, once again, an incredible reaction from fans and media alike, giving the band the opportunity to share the stage with artists like Edguy, Primal Fear and many others.
‘Scent Of Human Desire’ (2003), Secret Sphere’s third full length effort, was a courageous experiment that featured some hard-rock influences added to their former style. The album can also be seen as a major turning point for the band. At that point Secret Sphere were signed to world-renowned German label Nuclear Blast. ‘Heart & Anger’ followed in 2006: the band’s fourth album is a huge symphonic work that features a 40-piece orchestra and a choir. Following its release the band hit the road with King Diamond and Astral Doors. Both tours helped them to grow and gain massive experience. Some years later, in 2008, ‘Sweet Blood Theory’ confirmed their status as a leading force in the heavy metal movement and another big tour, this time with legendary Gamma Ray, followed in February/March 2010.
Shortly after Secret Sphere signed a deal with Scarlet Records and released their sixth album, ‘Archetype’, an overwhelming mixture of classy arrangements, beautiful melodies and powerful rhythms. But the best had yet to come…
‘Portrait Of A Dying Heart’ is without any doubt Secret Sphere’s most ambitious album to date. Inspired by timeless acts such as Savatage and Queensrÿche, the band has put together a monumental concept based on the novel ‘She Complies With The Night’, which was specifically commissioned by Secret Sphere’s guitarist and main composer Aldo Lonobile to the young Italian authoress Costanza Colombo. ‘Portrait Of a Dying Heart’ deals with the eternal conflict between dreams and reality, mixing classy arrangements, beautiful melodies and powerful rhythms like never before. A leading role in this process was held by new singer Michele Luppi, best known for his outstanding vocal contribution to a multitude of melodic metal masterpieces, including those of bands such as Vision Divine, Thaurorod and Killing Touch to name a few.
With Michele in their ranks, Secret Sphere recently gave new life to ‘A Time Never Come’, their now legendary second release, which is now considered one of European Power Metal’s finest moments. The album, originally sounding like a cross between Queensryche, Helloween and Fates Warning, with plenty of captivating melodies and great orchestral arrangements, has been completely re-recorded by the new line-up and mixed by Simone Mularoni (DGM) at Domination Studios. The artwork has been completely revamped by celebrated artist Nathalia Suellen (Dark Moor, Almah). This is how Secret Sphere’s mastermind Aldo Lonobile commented the event: “Due to an overwhelming demand, we had initially planned to re-release ‘A Time Never Come’ exclusively for the Japanese market, but later on we thought that would have been cool to make it available in all the other territories. This is album has been a milestone for our career and this year marks the 15th anniversary of us entering the studio to record it. We didn’t want it to be a nostalgic move but give the album a new life, with new arrangements and new graphics. Mission accomplished if you ask me!” 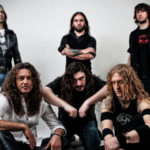 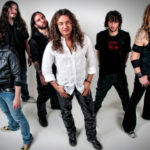 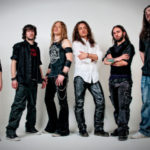 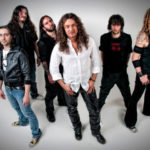 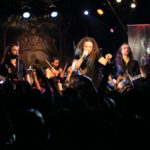