Formed in 2009, Sinheresy soon developed their unique blend of Metal by adding a wider range of influences going from the Symphonic sound of Nightwish and Within Temptation to the Progressive approach of Symphony X and Children Of Bodom. Their first works ‘The Spiders And The Butterfly’ and ‘Paint the World’ attracted very positive reactions from fans and critics alike, allowing them to tour all over Europe with renowned acts such as Lordi and Tarja.

‘Domino’ followed, an album that has been described as “complex at times and elegantly simple at others”, a strong evolutionary step that blended new elements with old, enhancing rather than changing the band’s traditional sound. But the future looks even brighter…

The successor of ‘Domino’ follows up the musical evolution of the four-piece lead by the unique vocals blend of Cecilia Petrini and Stefano Sain, bringing it to a whole new level. Smashing guitar riffs, groovy drums, unforgettable choruses and electronic vibes will push the listener into a journey about who we are as human beings in the social network era and how our digital persona can overcome our true self. 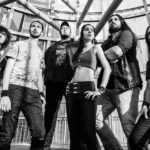 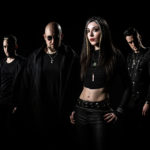