Thy Kingdom Will Burn is a Melodic death metal band from Kouvola Finland, formed in 2016. The band came to be when vocalist, guitarist and main songwriter Sami Kujala buried his former band Serpent Sun and started to look for new partners in crime to envision his idea to form a more aggressive death metal-style band.

Inspired by bands like Entombed, Sepultura, Bolt Thrower and Gojira.

Sami played few demos that he had made to Lauri Virén (drums) and Jussi Virén (guitar), his old bandmates from a band called Wiréns, (Jussi also plays with Sami in band called Murderdome) and they were straight away onboard.
Now they only needed a bass player. Jussi and Lauri had a suitable friend Janne Ruuskanen and recommended that they would ask him, Janne was immediately interested and so the band was born.
The idea for the name “Thy Kingdom Will Burn” came from a World of Warcraft commercial.

In January 2017, band made their first demo that included 3 songs, and also did about dozen gigs around Finland in 2017. Bands style started to change a little bit in that time to more melodic direction as bands like Sentenced, Dark Tranquillity, Cradle of Filth and Paradise Lost had also always been a big part of Kujalas music taste.

2018 band did their second 3 song demo “Unclean” (which is named as an Ep. but is actually a demo). More gigs followed and in 2019 band decided that it is time for a full-length album.
Band recorded most of the instruments on their own rehearsal place, except drums were recorded at Deep Noise Studios in Kouvola with Juho Räihä at the summer of 2019. Album were mixed and mastered and guitars were re-amped by Juho Räihä in his SoundSpiral audio studios.

The making of an album took a quite a long time but at the end of 2020 it was finally done.
2020 also marked a huge leap forward for the band, as they signed a record deal with Scarlet Records from Italy.

And the story has just begun… 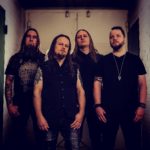 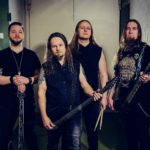 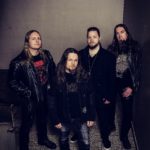