Born in 2002 as a tribute to Helloween, Trick Or treat soon became one of the most solid realities in the vibrant Italian metal scene, with albums very well received by critics and fans alike (including ‘Tin Soldiers’, which includes the presence of Michael Kiske and Michele Luppi, and ‘Rabbits’ Hill Pt 1 & Pt 2, with Andre Matos, Tony Kakko and Tim Ripper Owens as special guests) and hundreds of shows played all over the world, including a European tour with Helloween and Stratovarius.

Between 2018 and 2019 Trick Or Treat finally brought to life a project that they had been conceiving for quite some time, namely the release of ‘Re-Animated’ (a cover album of animated series soundtracks) and ‘Legend Of The XII Saints’ (a concept album inspired by the saga of the Golden Knights of the Zodiac), further cementing a reputation that sees them today among the main players in European Power Metal, also thanks to singer Alle Conti joyning Luca Turilli’s Rhapsody and Swedish band Twilight Force. 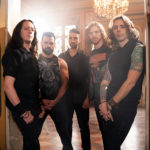 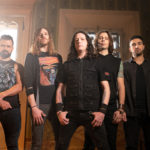 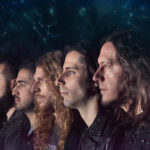