Swedish Thrash Metal heroes My Regime are going to release their new album ‘Peek Through The Pines’ on November 23rd on Scarlet Records. This new effort follows their critically acclaimed 2017 album ‘Deranged Patterns’.

The album is infused with frenzy and mood Changes. Darkness and metallic Sunlight. Blood filled riffs and lyrics. Prepare yourselves for a huge wave of Classic Headbanging Metal. Big balls and Soul!

My Regime features legendary Swedish singer/songwriter Spice (Spiritual Beggars, Kayser) and members/ex-members of Spiritual Beggars, Kayser, Band of Spice and The Mushroom River Band. Spice himself commented: “I can tell you that the record will have 8 songs. A couple of them will be stretching 7 to 9 minutes long. Several of the lyrics are about and around The Zodiac Killer. Musically it’s more technically challenging than the previous ones, there’s more melody on the vocals and it has a more defined thrashier sound on the guitars. When I wrote the songs I was listening a lot of Coroner and Rush. I guess that sneaked in as I wrote the songs.”

MY REGIME – IN THE STUDIO

Swedish Thrash Metal heroes My Regime are currently in the studio working on the follow up to their 2016 album ‘Dogmas’. You can check out some photos on the band’s Facebook page: https://www.facebook.com/myregime/ My Regime READ MORE 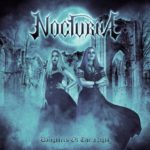