Legendary Thrash/Black Metal power force Necrodeath have released a video for the song ‘The Triumph Of Pain’ the first single taken from their upcoming album ‘The Age Of Dead Christ’, which will be available starting from March 9th on Scarlet Records (vinyl version on Terror From Hell Records).

‘The Age Of Dead Christ’ is Necrodeath’s 11th album, 33 years after their inception into the scene, when the now legendary demo tape ‘The Shining Pentagram’ was released. 33 as the age of Christ, the dead Christ, as the title of the album says. Necrodeath go back to their roots releasing one of the fastest, most violent and brutal chapters in their deadly musical path. The cover resembles the typical artwork of the Eighties demo tapes and features the band’s old logo.

‘The Age Of Dead Christ’ includes the song ‘The Return Of The Undead’, a new version of the band’s classic ‘The Undead’ (originally included in the 1987 debut album ‘Into The Macabre’), featuring yet another extreme metal legend on vocals, the mighty A.C. Wild of Bulldozer.

Here’s how drummer Peso comments: “Back to our black origins with thrashing brutality! ‘The Age Of Dead Christ’ is a violent, loud punch in your blood thirsty mouth! Beware! Necrodeath are back to kick your asses and tear your bloody guts off!” 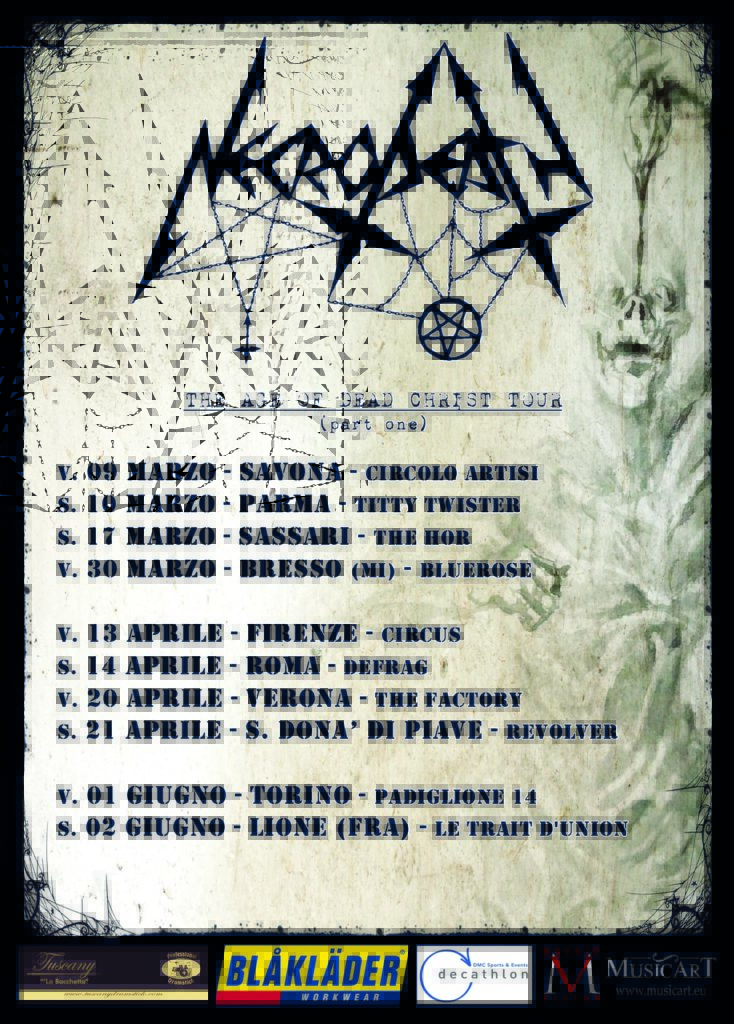 Legendary Thrash/Black Metal powerforce Necrodeath have released the details of their upcoming album ‘The Age Of Dead Christ’, which will be available starting from March 9th on Scarlet Records on CD version and on Terror READ MORE