Avantgarde metallers Adimiron have signed a deal with Scarlet Records for the release of their long-waited new album ‘Timelapse’. Adimiron is one of the fastest growing European Metal sensations, having already released three albums which were very well received by fans and critics alike and having shared the stage with renowned bands such as Annihilator (which they supported during their Total Annihilation Tour, in 2010), Death Angel (opening their Sonic Retribution Tour, in 2011 and again in 2013), Suffocation (opening death metal legends, 2013 North American tour), Meshuggah, Sepultura, Vader and many more. ‘Timelapse’ mixes furious Thrash riffs and Progressive/Avantgarde atmospheres with a post-Death Metal touch. No other band sounds like Adimiron nowadays and that says it all! 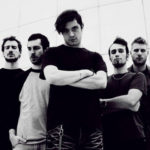 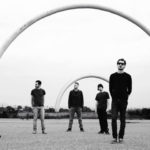