‘When All The Heroes Are Dead’ is the new, long waited album from Vision Divine, coming 7 years after the critically-acclaimed ‘Destination Set To Nowhere’, which is still considered one of their best releases to date.

The long wait was all worth it: the band now include the mesmerizing talents of Mike Terrana (the busiest drummer in the business) and Ivan Giannini (one of the hottest newcomers amongst metal singers for the Japanese press), and the extraordinary success of the first single with this line-up, ‘Angel Of Revenge’, proves that fans are eager to listen to the new tunes.

‘When All The Heroes Are Dead’ shows Vision Divine at their best, which means a partial return to their signature Power Metal sound that made them big players in this game. 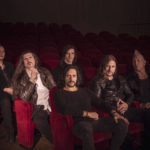 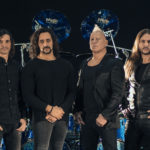